All Covid-19 Orders for IPA, IPA Wipes, Gloves, Protective Apparel, are non-returnable, non-refundable once we process the order.

This entry was posted on April 4, 2016 by Angstrom Supply. 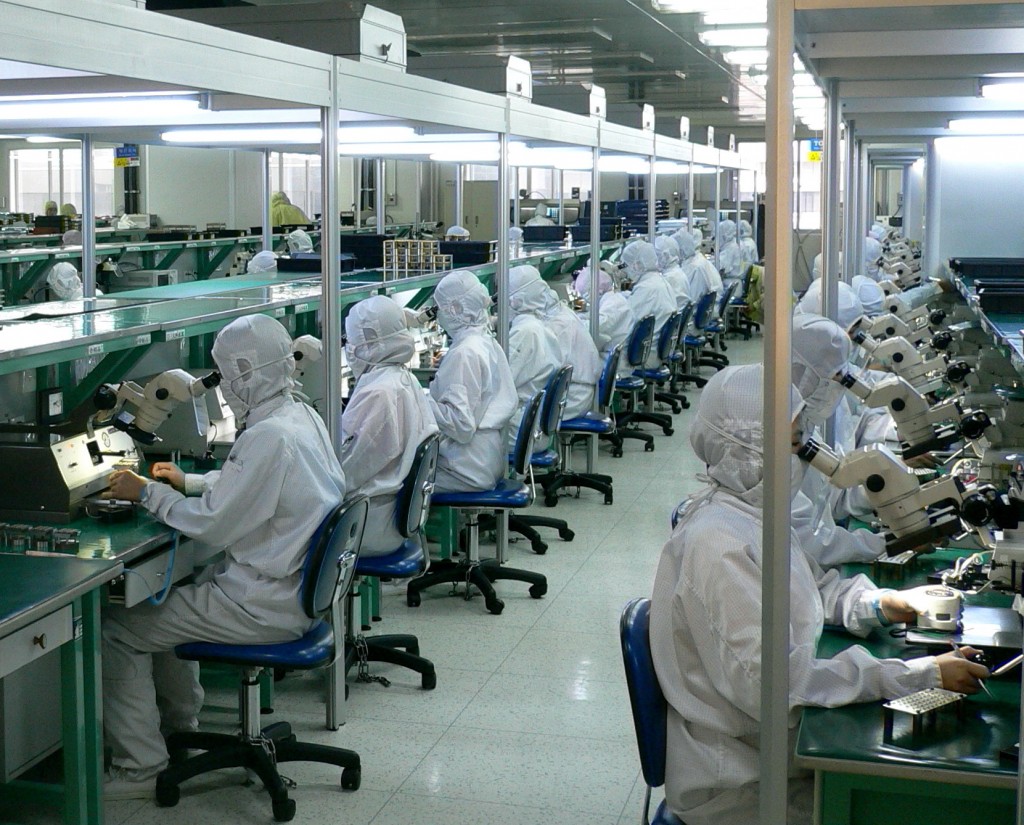 No two cleanrooms are the same. Due to the variety of different complex products there are in the world, each of these products require a certain type of cleanroom with certain cleanliness standards for its manufacturing process. For every cleanroom there is a certain cleanliness standard that is required, depending on what that cleanroom is manufacturing. Everything from facility design, gowning protocol, to cleaning procedures is affected by this level of cleanliness, which ultimately drives the decisions you make in that cleanroom.

Cleanroom cleanliness is defined using multiple different classes, each using particle size and counts to set them. These classes are referred to as the ISO classification standards, which are broken up into 9 different classes: ISO 1, ISO 2, ISO 3, ISO 4, ISO 5, ISO 6, ISO 7, ISO 8, and ISO 9.

Cleanroom cleanliness is also defined by another classification system, which was established before the introduction of ISO. Popularly known as the US Federal Standard 209E, this system also uses particle size counts to set each class. Each of these standards are broken up into 6 different classes: Class 1, Class 10, Class 100, Class 1,000, Class 10,000, and Class 100,000. This system correlates with the ISO classification system as indicated in the following table:

Within each of these classes, there is a maximum limit of the amount of particles and the size of particles that is allowed per cubic meter of air.

According to Beckman Coulter Life Sciences, originally cleanroom classification and standards in the US were covered by the US Federal Standard 209E, which was first published in 1963. This system was defined by six classes of cleanliness from 1 to 100,000 where the class number correlated with the maximum number of micron (0.5 micron or larger) particles that were acceptable in the air. Class 1 and class 10 were the highest standard, reserved for electronics manufacturing (eg integrated circuits and silicon chips) and class 100,000 is the lowest standard, covering industries in mechanical manufacturing, i.e, ball bearing manufacturing.

As cleanrooms evolved and became more popular, the demand for wider ranging standards was on the rise, which led to the formation of a technical committee named the International Standards Organization or ISO. According to IEST, the goal of ISO was to standardize equipment, facilities, and operational methods for cleanrooms and controlled environments. This includes procedural limits, operational limits and testing procedures to achieve desired attributes to minimize micro contamination. In 1999, ISO 14644-1 was published and shortly afterwards this officially superseded Fed 209E.

After all that has been said about ISO standards, it is safe to say that these standards ultimately determine every decision you make in that cleanroom. From what types of products can be manufactured in that cleanroom to what garments you are allowed to wear inside of it, it is best to know the ISO standard of a cleanroom before you begin making any decisions. As far as determining what garments you can wear in your controlled environment, cleanroom garmenting is a realm in the cleanroom industry that can be complex and confusing, however with our cleanroom guides and our superb customer support, we can help you along the way through your selection process.

What is a Cleanroom?

If you have any other questions about cleanrooms, visit our education guides on our website here. Still need some help? Our customer support team is here as well at 616-719-4470.

We strive to bring you the latest relevant information.